Chalk It Up to Holding My Tongue

Irene is only a few inches over five-feet tall. She stepped into the squat rack and lifted the barbell onto her traps. The bar weighs 45 pounds and was loaded with 45 pound-plates on either end. One hundred thirty-five pounds, probably her body weight. Her movements were so smooth, it made the bar appear weightless.  Her face showed no emotion, and her form was precise. I tried not to stare.

In a gym where egos and physical prowess reign supreme, she defies the stereotype. She didn’t look around to see who was watching her or unnecessarily flex her muscles. At the bottom of her squat, she was mere inches from the floor. Undeniably impressive.

I stood only a few feet away from her and when she racked her bar, commented, “very nice. Your form is awesome.  Your workout changes are paying off.”

Irene beamed. “I’ve been trying.” She gave me the details of her newest workout modifications. This is my favorite type of conversation with members—sharing and learning from each other. But this gym friendship almost didn’t happen, and I thought back to when I first saw Irene.

I noticed her because she always left a trail of white chalk dust. If your palms are sweaty, dusting with chalk improves your grip, but it is messy. Our gym didn’t have a “no chalk use” policy, primarily because we are not a gym that heavy weight lifters use. Irene was one of the only members who used chalk. When we posted a sign asking chalk users to clean up after themselves, nothing changed. Chalk users either didn’t see the sign or ignored it. The dust remained. Her behavior irritated me.

Walking through the chalk and dusting it off my clothes was aggravating, but there was an underlying resentment that kept me from speaking to her. The chalk dust was representative of what I consider a sense of entitlement. There are some gym members who feel entitled to do whatever they want in a gym regardless of how it affects other members. When I am irritated, I often sound overly critical and have found that it is better for me to say nothing than to say something and alienate a member.

While at the gym, I speak to as many members as I can or at least give them a friendly nod. I never spoke or nodded to Irene. It was the chalk. Whenever I sat or put my hands on the floor, they would be covered in white chalk dust. My gym attire is black yoga pants and black tee emblazoned with “personal trainer” on the back. White chalk on black—not a professional look.

For over two years I held my tongue while really wanting to tell her there were clean alternatives —wear weight-lifting gloves or employ hand wraps, but I didn’t.  I hoped someone would say something to her or that she would finally see the sign and realize she was guilty.

Then one day I quit seeing the chalk dust. I thought maybe Irene started going to another gym. Maybe one that allowed weight-lifting chalk. I didn’t care. The chalk dust was gone. But not long after that I saw her; she was wearing weight-lifting gloves.

Without the chalk dust clouding my judgment, I realized what an amazing athlete she is, and I starting paying attention to her. She works out almost every day, varies her workouts and challenges herself.

I began making short comments to Irene which evolved into longer conversations. She was knowledgeable and disciplined. I liked her.

At first I chided myself for my petty resentment about the chalk that had kept me from talking with her, but then realized it is not petty to want people to be considerate of others and follow the rules. Instead I am grateful that I held my tongue, and I look forward to sharing workout tips with my new gym friend.

3 thoughts on “Chalk It Up to Holding My Tongue” 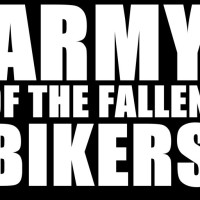 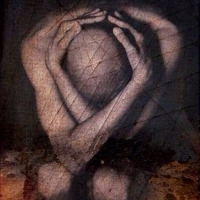 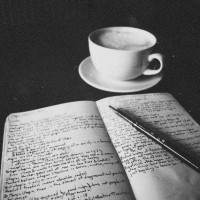